How to Spark a Grassroots Movement on Social Media

With a smaller, highly-segmented audience, a grassroots campaign capitalizes on existing social trends to directly appeal to your followers, while being cost-effective.

In the last few years, we’ve seen widespread online campaigning take down dictators, create awareness about industry malpractices, hold well-known establishments accountable, elect presidents and inspire an entire generation of young individuals to get involved in social issues plaguing the society. Social media has continued to be at the forefront of ‘grassroots activism’ by allowing people to voice their opinions on the same platform as the world’s most influential leaders.

Unlike guerrilla marketing that focuses on campaigns designed to go ‘viral’ and reach as many people as possible through social sharing, grassroots marketing purposefully targets an extremely niche group of individuals in an attempt to encourage them to organically propagate your message. With smaller, highly-segmented audience, a grassroots campaign capitalizes on existing social trends to directly appeal to your followers, while being cost-effective.

Human beings are emotionally-driven creatures and are more likely to make purchasing decisions based on what tugs at their heartstrings. Since the dawn of marketing, exploiting the audience’s emotions for storytelling has helped drive engagement and secure organic sharing of your content. After coming across a campaign that leverages emotional triggers, the brain releases dopamine and ensures that the customer remembers your brand.

For example, WestJet, a Canadian airline, created an incredibly moving advertisement during the holiday season of 2013, using both simple and complex emotions to deliver a message that people would want to share with their peer group. The ‘Christmas Miracle’ video garnered more than 315,000 views in just the first 24 hours (currently 48 Million), and received 6x more engagement on Facebook as compared to other major airlines. Not only this, WestJet’s Youtube subscriber count went from 3,700 to 12,000 (a staggering 320% growth) and they recorded an average of 800+ posts from followers every day (15, before the campaign release).

In content marketing, finding a suitable ‘brand personality’ and ‘tone of voice’ is touted as the key to setting yourself apart from the competition, ramping up your engagement and building a more concrete relationship with your audience. According to a Sprout Social’s Q1 2017 Index, a majority of customers prefer brands to be friendly, funny, trendy and snarky, instead of being straight up professional, put-together and templatized. 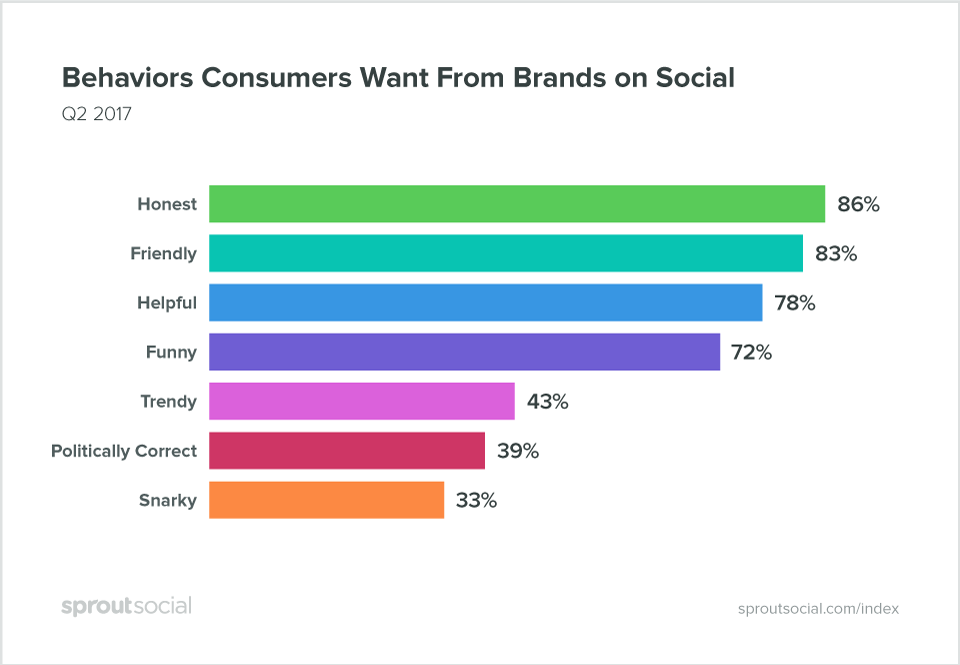 As early adopters of technology, millennials (age: 18-35 years) spend almost $2,000 annually on eCommerce and possess a higher purchasing power than Gen X. Not only this, a BGC study says, “Millennials are leading indicators of large-scale changes in future consumer behaviour. They are influencing and accelerating shifts in consumer attitudes, spending habits, and brand perceptions and preferences among Gen-Xers and even baby boomers. As a result, this generational transition is ushering at the end of consumer marketing as we have long known it.” In short, millennials prefer a two-way dialogue with brands that are authentic, clever, witty and humorous.

In 2017, the twitter account of Wendy’s went viral for clapping back at users who had not-so-nice things to say about the brand.

In a surprising turn of events, people cheered on for the ‘humanized’ voice of Wendy’s and their follower-count jumped by 40% (3,50,000 new followers) in just one month.

Soon, everyone started tweeting at them hoping for a ‘snarky’ takedown and the American fast-food chain raked in more than 1,80,000 impressions by replying to tweets. 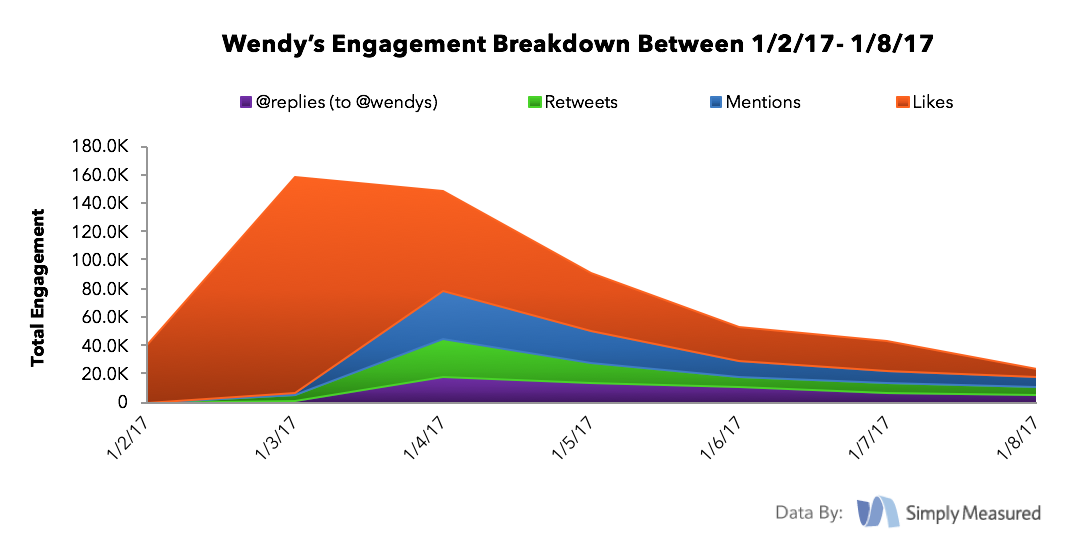 While most businesses actively work towards staying away from scandals, controversy and drama, sometimes, going against the current can actually work wonders. Take Nike’s recent campaign featuring Colin Kaepernick, the  American quarterback who received significant backlash in 2016, when he kneeled during the national anthem to protest racial injustice in the United States. While the initial reaction to Nike striking a deal with Kaepernick for their trademark ‘Just Do It’ advertisement was overwhelmingly negative, the company actually ended up creating a buzz worth $43 million from media exposure. Not only this, their shares are up at 36% on the year and their market value has increased by $6 billion since they sparked controversy by making Kaepernick the face of their brand. 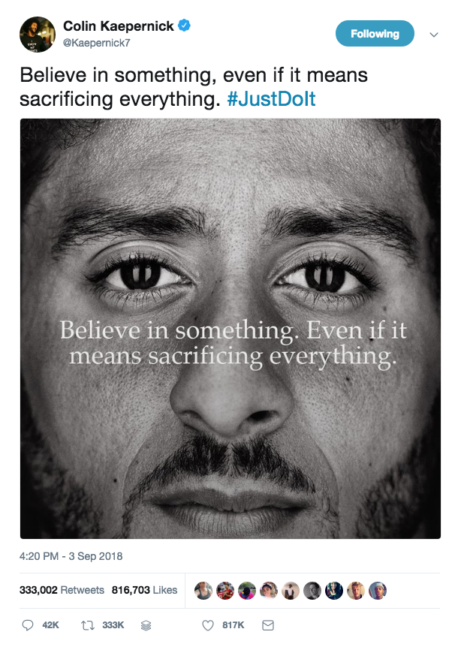 While Nike has managed to take a seemingly politically-correct stand, what most people are missing is how strategic they’ve been with their campaign. Two-thirds of their existing customers are below 35 years of age and belong to a diverse ethnic background. With the Kaepernick advertisement, they are betting on their audience of young progressives to buy their products consistently.

The key to taking a controversial stand on a hot-button issue is knowing your audience, estimating your potential losses and ensuring a favourable execution. Poorly wording or misrepresenting an idea can easily backfire and tarnish your brand image, so you must exercise caution when trying to create a social frenzy for your grassroots campaign.

With grassroots marketing, you are more than capable of generating a buzz centred around your brand with minimal effort. As long as you are targeting a relevant, niche-specific audience, tapping into customer emotions and creating an actionable, organic campaign, you will be able to gain momentum on social media within a short period of time. With a positive and balanced publicity, you can start a conversation about your brand that could go on for days.

Is Your Brand Ready for a Crisis? These Eight Steps Will Help

Back to Community Management
Next

Why Every Company Should Be Looking at Social Media Feedback